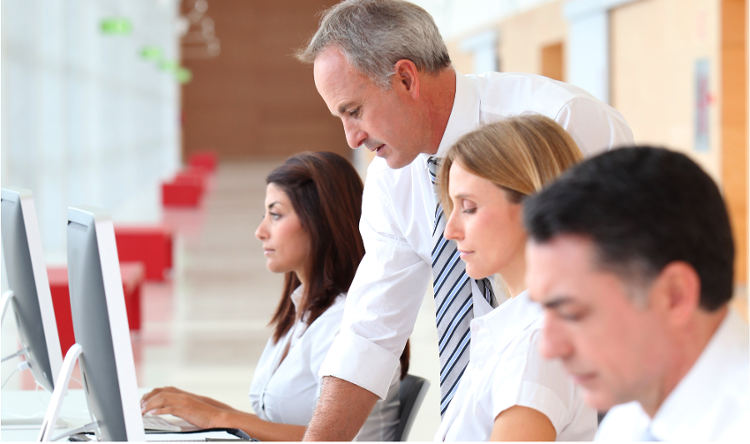 Our customer, a Fortune 500 company, decided to improve its effectiveness and achieve cost cutting by introducing a common platform for communication and collaboration among its business units worldwide. The client chose to adopt Google Apps for Work and initiated a project to migrate to Gmail all mailboxes, distribution groups, email history, contacts, calendar data and resources from the existing email systems.

This was a challenging task because the IT function was entirely decentralized. In each country of presence there was an independent IT department with its own infrastructure and set of applications (including email systems). For the project, this meant that the migration cycle had to be conducted separately for each country.

The migration itself was performed by an approved Google partner. All local planning, change management, technical preparation and switch over tasks, however, had to be managed internally. The business environment, corporate culture, and number of staff varied significantly in different countries which complicated the migration planning. Numerous local constraints in terms of timing and grouping of user migrations had to be factored into the project plan. Also, each user had to be prepared for the migration by means of localized training and peer support programs.

IntelliCo Solutions was assigned to the internal project management role in the migrations within the European region. In scope were over 10,000 users in 20 countries. We were collaborating closely with the local IT teams and change managers, as well as the project manager from the side of the migration partner.

The project followed Google’s methodology for migrating to and adopting Google Apps with three key work streams, in which we took a leading role: 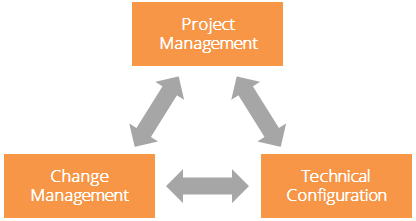 In the Planning stage we established local project teams in each country, communicated the project goals and approach, planned the go live dates and other major milestones, and gathered information about the local system setups and user base.

The user base in each country was divided in three groups – Core IT, Early Adopters and Global Go-live. These groups formed the three main migration stages.

The Core IT group included only few members of the IT team and was first to be migrated in each country. Its purpose was to confirm and test the technical design, identify integration points, become familiar with the tools and technology, fix any technical issues and prevent them from happening in the next stages. As part of the Core IT stage, the local teams had to fulfill all technical prerequisite changes for the migration process. We did the coordination of all preparation activities, performed immediate quality control on the technical prerequisite fulfillment, and promptly resolved all identified gaps and technical challenges so as to complete the migration of Core IT users on time.

The Early Adopters group comprised 5-10% of the user base and was the second to be migrated. The objectives of this stage were to validate the migration approach, test the change management assets and plan, gather feedback on training and communications and prepare for a flawless migration of the remaining users. Part of the Early Adopters group was specifically trained to provide support to other users – an important component of the support model for the Global Go-Live stage. Most of the challenges during the stage arose from the fact that this group comprised the first non-IT users to be migrated which necessitated adequate and on-time communication and training in local language. We contributed by coordinating the translation process, testing the automated communication and training systems upfront, closely tracking the actual communications and training delivered to users, and rapidly resolving all emerging issues.

At the Global Go-Live stage the remainder of the business in each country was moved into Google. We ensured the successful transition by taking precautions to avoid the issues encountered in the Early Adopters stage, securing the involvement of Google Guides during the go live period, and assuring hyper-care support from the local IT teams.

The project finished within its challenging schedule. More than 10,000 users were migrated and went live in Google. The shutdown of local legacy systems was planned shortly thereafter.

Although the project scope was limited to migration of email, calendar and contacts, many of our client’s business units quickly adopted in their day-to-day business also the other available Google apps like Google+, Hangouts and Drive to further enhance the benefits from this new global platform.